As I promised last week, here are the new covers for Two-Natured London series. The changes aren’t drastic, but I found them necessary. Even though I’ve redesigned the covers regularly over the years, the title fonts were different sizes and not always aligned from book to book after the latest tweaking. That’s mostly because I’d wanted to have the titles of each main book with only one font, and some have longer titles than others. I gave up on that in this redesign and put a preposition here and there with a different font. I think it works better now. 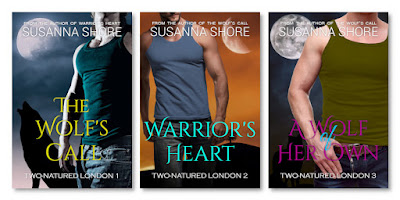 Last week I revealed the new cover for Moonlight, Magic and Mistletoes (currently on sale), but I’ve since made some changes for that one too. The background was originally completely white, but I found that it was too different from the rest of the series, so I added a moon and some colour to it. It’s still snowy, but now it doesn’t stand out too much. 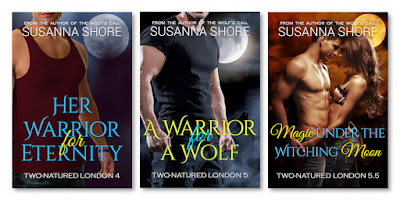 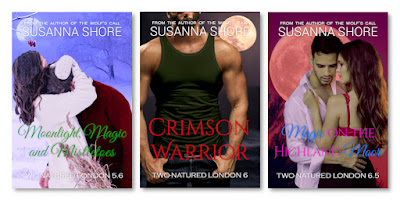 And finally, the cover of the upcoming Wolf Moon—although I’ve revealed it before too. It didn’t change much; the shade of red in the font and T-shirt mostly. If you’re interested, sample chapters are now up on my webpage. 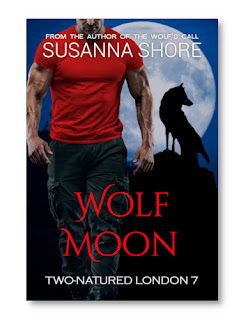 For those curious about how many books there will be in the Two-Natured London series, I’ve already made covers for books 7.5, 8, 8.5, and 9. There will be books number 9.5 and 10 too, but those don’t have covers yet. And you’ll just have to wait for them to be revealed in due time too.

What do you think of the current covers? Let me know.

In other news: Smashwords is having End of Year Sale starting from December 18th. My Two-Natured London books will be discounted, as will be some other books, and Starters, an introductory bundle of my first books will be free. So don’t miss the opportunity.