As I mentioned in the previous entry, I’ve written a new blurb for ‘At her boss’s command’. I already put it on Hannah’s webpages and the Crimson House Books’ main webpages, but here it is to you as well, as promised:

“Turn around, slowly,” she commanded him with her most assertive voice.
“Why? Are you armed?” The question was more amused than frightened to Emily's annoyance, and it was asked with a nicely cultured rich tenor unlike any criminal should have.
“Yes, I am.”

It is a battle of wills between Emily Parr and Conor Peters from their first encounter. But when one is the boss and the other his PA, the battle is never balanced. Emily's job depends on Conor and she wants to convince him she is worth employing, and Conor is not above finding out just how far she is willing to go to keep her job. Little by little, their power game moves to a different level where she realises that obeying his every order is exhilarating and he finds how having a strong woman at his command can banish the memory of a treacherous ex-wife to the point that his heart becomes involved.

But everything is not well in the firm Conor is in charge of. Someone has been embezzling its funds and the evidence points to Emily. Now he needs to find the real perpetrator or see the woman who has become essential to his wellbeing jailed. Emily, for her part, has to decide if she can give her heart to a man who doesn’t trust him.

And then the threatening notes start to arrive.

If you want to read more, there is a new excerpt for the book too. It’s still a work in progress, because I haven’t finished tinkering with it and my editor hasn’t even started with it yet, but I hope you will enjoy it nonetheless.

Oh, what a wonderful morning


But will it be a beautiful day too? I woke up today to find that my book, the Wolf’s Call, has reached the top one hundred in two categories in the US and naturally I’m over the moon about it. Did a little victory dance too. Well, in my mind anyway. However, the last time my book reached the top one hundred it turned out to be a computer glitch so I’m holding my breath. But I’m announcing it to everyone anyway, having not learned anything. Besides, whether or not the ranking is real, the book has been doing very well so I’ll use this opportunity to thank everyone who has bought it. 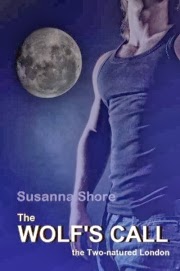 I was supposed to reveal the new blurb for my next book, ‘At her boss’s command’, in today’s blog, but I’m feeling too jubilant to actually write it. I’ll return to that later this week. Stay tuned.

I wouldn't make a good criminal

Castle, that wonderfully funny TV series about a crime novelist, starts with this line: “There are two kinds of folks who sit around thinking about how to kill people: psychopaths and mystery writers.” I’m not a mystery writer, but I find myself contemplating things that wouldn’t cross a normal person's mind.

‘At Her Boss’s Command’ has a subplot about corporate crime, embezzlement to be more precise, that is vital for the story. I have no experience in crime – or academic knowledge either – so devicing the crime plot has caused me a great deal of trouble. I have made things up as I go, but I would like the crime to be as believable as possible. So far I’ve skirted the issue by making the particulars vague. It's not an ideal situation, but it allows me to write on without getting stuck with details. But I may have to become an expert on embezzlements sooner rather than later; purely from the academic point of view, of course.

Otherwise, the book is progressing fine. The past week simply flew by as I sat at my computer editing. And since there are no distractions scheduled for the coming week, I’m positive I'll have the manuscript ready by the time my editor has time to look at it. In the meanwhile, here is the opening sequence of Castle, simply for your viewing pleasure.
- August 19, 2012 No comments:

The Olympics are over and so is my weeklong solitude during which I was supposed to work hard to finish my manuscript. Needless to say, I failed. My husband returned with a bag full of dirty clothing and a body so bruised it looks like he has taken a steady beating with a cane – and you thought sailing is easy – but since the crew he sailed with had reached their objective, he was satisfied with his week. I can’t say the same about mine, although watching the Olympics did make me happy.

It was for the better though, or at least that’s what I keep telling myself. Since I made a large story overhaul in my manuscript, the slower pace has allowed me to mull over the plot changes. I have rethought quite a few things in the book and I hope they make it better once I sit by my computer to actually write them down. So while there is something to be said about being faster or reaching higher (and haven't I been quite a Latin buff in my titles this month), snail pace works better for me. In addition, as my mind relaxed, I came up with a brilliant idea for a book. The problem is that if I don’t step up with publishing the manuscripts I already have, it will take forever before I have a chance to start writing that one.

All in all, my summer vacation was relaxing and fun, even if the summer weather didn’t co-operate. But it’s over now and I need to get back to work. We’ll see how that goes. 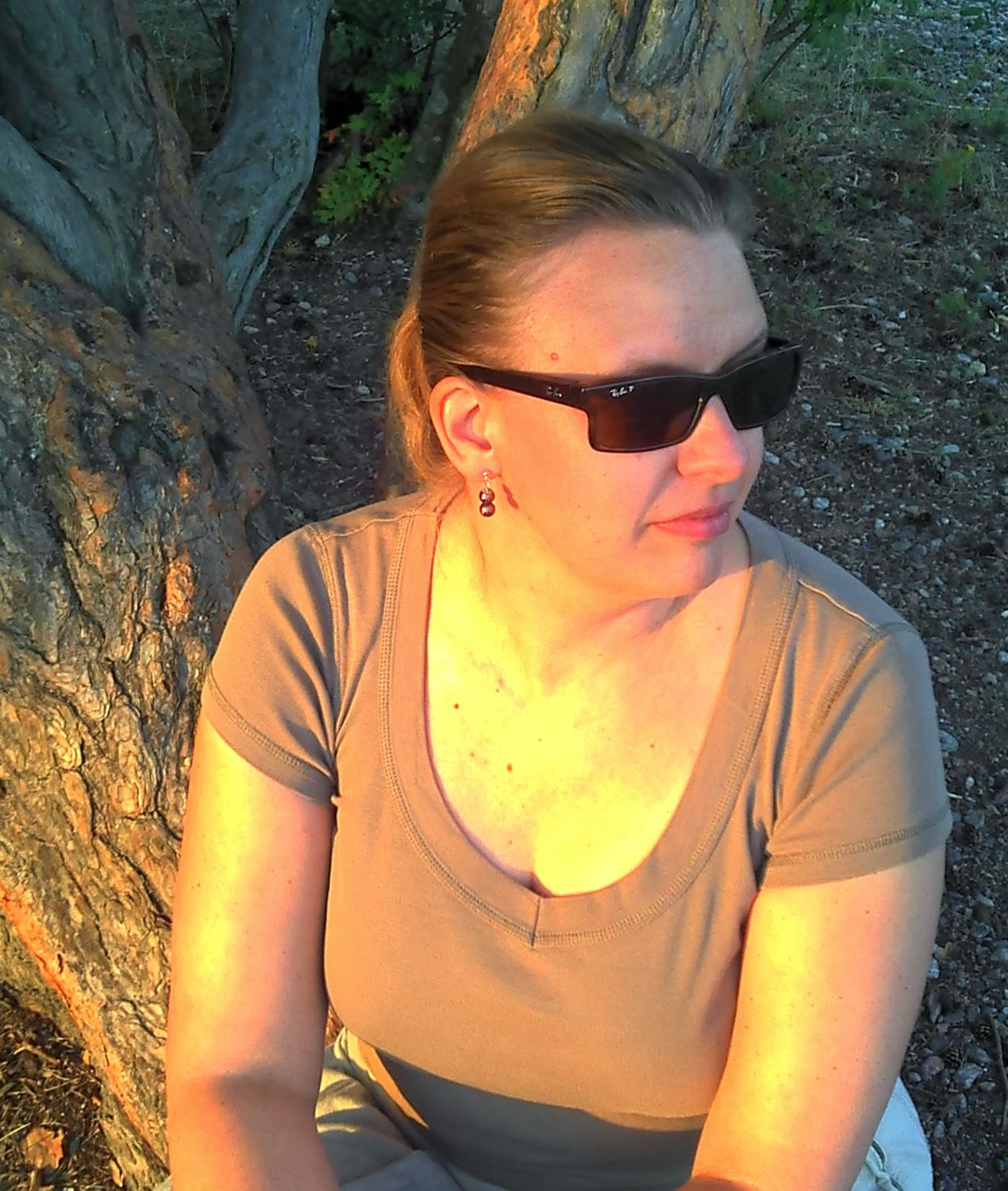 I mentioned in an earlier blog entry that my husband loves to sail. He shares a small sailing boat with a friend of his, on top of which he belongs to a crew of another boat with which they compete in local amateur competitions. Sometimes those competitions take him away from home. Next week is one of those occasions. That means I have the place all to myself for over a week, during which time I can complete my manuscript in peace and quiet. I should be jumping to a chance to do as much work as possible, but I’m not.

I’m blaming the Olympics. Women’s marathon held my interest better than revising my text did and I followed the entire men’s ten thousand meters (it was an exciting race), not to mention all the sports I have never heard of before but find important to watch. Kayak slalom, anyone? In addition, there are all the domestic chores that I suddenly find terribly important to tackle immediately. And while I’m not into sailing like my husband is, the sea seems to be calling me as well, distracting me from what is important.

Plutarch may have held that sailing was more important than living (well, actually he held that it was more important for the merchant navy to operate than for the sailors operating it to stay alive), but I haven’t reached that stage in my career of choice yet. While writing is the most important thing in my life at the moment, I’m not single-minded about it. Perhaps I should make the effort though. A little more writing and a little less Olympics might go far, and if I haven’t managed to unbox my summer clothes by now, I might as well leave them in their boxes. Then again, summer Olympics take place only once in every four years. I can write my book when they are over. 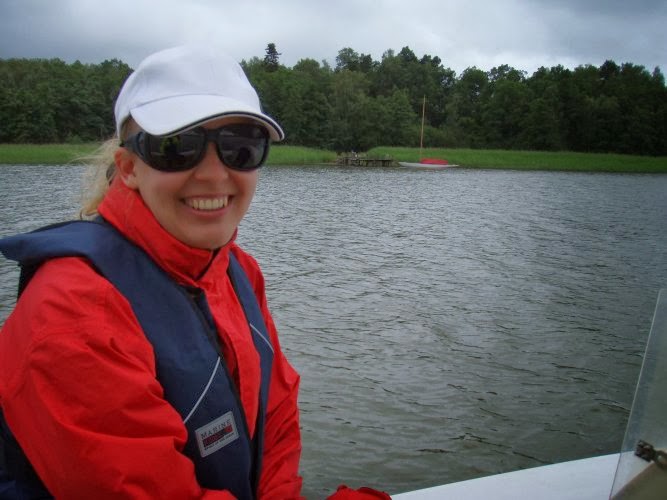