A peek into my next book

I’ve been writing the third Two-Natured London novel for a few weeks now. It’s coming along nicely, though it doesn’t have a name yet. I’ve decided not to stress about that; I’ll come up with one when I have to. I hope. Titles really aren’t my forte as a writer, be it a blog post or an academic essay, and with books they matter even more.

I return to the Greenwood wolf-shifter clan I introduced in the first book, The Wolf’s Call. The hero is Kieran Garret, the clan tracker who has tirelessly worked against discrimination of his kind for all his long life. So when a woman shows up to accuse his clan of killing her sheep, he is not exactly pleased. 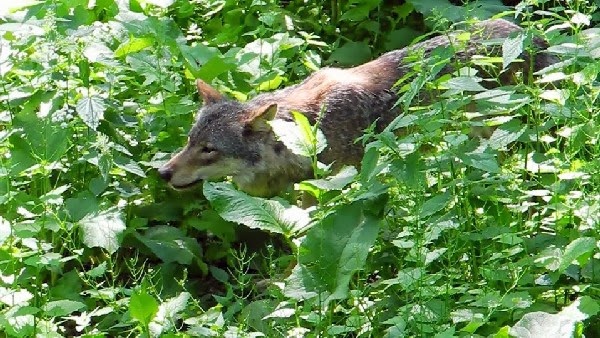 The woman in question is, naturally, the heroine of my book. Gemma Byrd has been brought up on a sheep farm, but hating it, she has fled the country life for the big city. As a favour for her brother, she returns to look after the farm for a couple of weeks. When she discovers that wolves have killed some of his pregnant ewes, she knows exactly who to blame: the Greenwood clan shifters.

Nothing is ever simple or straightforward in romances. It takes twists and turns to figure out who is responsible for the kill and, more importantly, to bring the lovers together. Set in the countryside, the book has a slightly different feel to it than the more urban books before it. There will be some returning characters from the previous books too – the Crimson Circle will definitely make an appearance for those who like the vampire warriors.

If all goes according to my schedule, the book should come out in October. Here’s the blurb:

Is a common enemy enough for them to overcome centuries of distrust?

Gemma is a vampire and a city girl through and through despite having grown up in a farm. She likes working indoors, not mucking about in a pigsty, and a night out means clubs, not staying up with a ewe in labour. But when her brother Tom asks her help on the farm, she agrees. She soon wishes she hadn’t. Not only does the horse hate her, wolves kill some of Tom’s sheep.

Kieran is a master tracker of his wolf-shifter clan and an ardent speaker for equality among species. He’s proud of being a shifter and in his opinion only openness will make humans accept the two-natured. He most definitely doesn’t understand Gemma hiding hiding her true nature from humans.

When Gemma accuses his clan of killing Tom’s sheep, Kieran gets furious. He sees it as a return to lynch mentality he has worked so hard to erase. But he knows that if humans find out about it, his clan will be in the first line of fire. So he agrees to keep it a secret.

Kieran and Gemma have to find the wolves responsible for the crime before humans learn about it. But shifters and vampires are naturally distrustful of each other and their temperaments are too different for them to get along. So what should they do about the attraction that begins to draw them together?

Then the rogue shifters kill again and this time it doesn’t go unnoticed.
- July 29, 2013 No comments:

Catching up with my reading

I’m back from my great, relaxing holiday. I visited family and recharged my batteries by reading some of the books from my ever increasing to-be-read pile. Ever since I started writing, I’ve been behind on quite a few series I follow that I now had time to catch up with. Among those was my current favourite series, Charley Davidson by Darynda Jones. 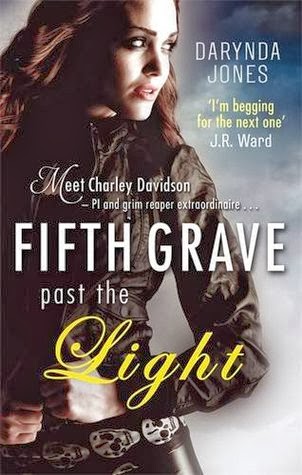 I read the books four and five back to back, which turned out to be good, because there was a continuing plot between them. I guess there’s something to be said for not reading every book the moment they are published.

Charley Davidson is the Grim Reaper and one of the funniest characters out there. Her charm is based, rather oddly, on her ADD personality that manifests as a narrative that jumps from topic to topic according to whatever catches her fancy, be it naming her body parts (like Barbara, her brain) and furniture (we were left hanging on the names of a couple of chairs in the last book) or coffee and the endless stream of food she should have ordered instead of what she did.

Despite her concentration issues, Charley is a PI. She’s helped in this by Cookie, her assistant, Uncle Ubie who is a cop, and an ever-growing cast of ghosts who flock to her, drawn by her light only they can see. It’s easy to solve murders when you can ask the ghost who did it; less easy to explain it to the living.

The first three books in the series revolved around a story of a bad-boy Rayes with whom Charley shares a metaphysical connection – and a sizzling physical one. He’s convicted of a murder she’s convinced he didn’t commit and tries to prove his innocence. The showdown at the end of the first trilogy is gruesome. Incidentally, contrasting with her ADD character and laugh-out-loud incidences, the stories usually have a very violent ending, with Charley as the sufferer.

Books four and five start a new cycle, with Charley recovering from the events of the previous books in her unique style, in this case with compulsive shopping from the home shopping network. The bigger story concerning what Charley is and how she is connected with Rayes gets new dimensions, especially in book five that has quite a few revelations, building a storyline for many books to come. There’s a murder or three to solve in both books; in book five the twenty-seven ghosts of women that are the victims of a serial killer show up in Charley’s apartment, too badly traumatised to tell her their story. She solves it, in the end, like she always does, but not without a personal cost.

The books are an intriguing mix of funny and grim, absurd and deadly. There’s a smaller case in each that is solved during the course of the book and then there is the continuing storyline that is interesting and unique enough among all the UF out there. The books are filled with likeable characters whether dead or alive, and all of this is told with Charley’s attention deficit narrative. So far, every book has been good, no weak ones among them. If you’re looking for a new series to read, I warmly recommend this one. Meanwhile, I’m eagerly waiting for the book six. I hope it doesn’t take long.
- July 22, 2013 No comments: