It's time to introduce my new book

My new book ‘Which way to love?’, written as Hannah Kane, came out last Monday. It being the Christmas Eve, I didn’t have much time to promote it; I only made a couple of mentions on Twitter. So here I am, remedying the matter.

‘Which way to love?’ is the first book I ever wrote that I actually completed. That was about a decade ago. I believe I tried to submit it a couple of times too, but it didn’t catch; and no wonder. The original story wasn’t very interesting or well-written. First attempts seldom are – well, there are exceptions, of course. I’ve since rewritten the manuscript a few times, changing both the plot and the characters every time, and I believe it has been worth it. The story has matured into what I think is a very good book. 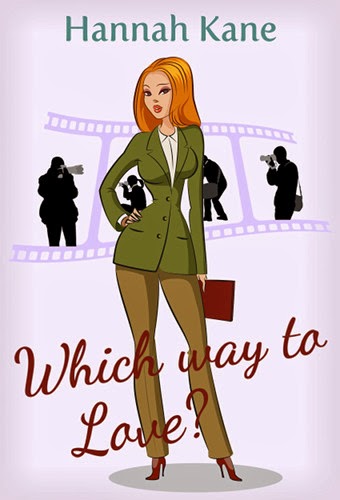 When I wrote the first version of the book, chick-lit was very popular. I wasn’t terribly into it, but I did read a few. However, chick-lit is what I ended up writing. It isn’t very typical of the genre, at least it wasn’t when I started the project; perhaps others have since made similar changes I have. The main character isn’t an air-head and the plot isn’t over-the-top funny; at times, it is the opposite. It is, perhaps, more of a chick-lit for grown women, those thirty-somethings who for the first time start to reflect the choices they have made in their lives. Perhaps everything is well, perhaps a change is needed. That’s what the main character, Audrey, is facing. Her marriage is in trouble and she has to decide whether it is worth saving. Life is never simple, however, and it may be she’s too late.

Is this the kind of book that would interest you? You can read the first chapter here. Amazon's Look Inside feature actually has a bit longer sample, but as I write this, only the US and UK sites seem to have that thing working.

"I don’t know why I thought turning my life upside down would save my marriage. But that was exactly what I was about to do."

Audrey Wright fears that her marriage is over. She knows that in order to save it she needs to change herself. While her photojournalist husband, Marcus, is on assignment to Kabul, she takes up a new job in the same news agency he works for.

The life of a junior correspondent for a large news agency is more eventful than she had expected and people there are more interesting than she had dared to hope for. There is Henrietta who needs a friend, and then there is Andrew who suddenly seems very enticing. And Marcus? Well, he is more interested in her life than he has in ages.

But a war photographer's life is hazardous, as Audrey discovers to her horror. Will she be too late to save their marriage.
- December 30, 2012