My new book is out!

My contemporary romance, At Her Boss’s Command, written as Hannah Kane, is out. I had some technical difficulties with the HTML – as I predicted – and then KDP caused me some extra palpitations by sending me e-mail confirming that the book is out, only it wasn’t. Luckily, it appeared after a while. And since, for some reason, KDP gives September 30th as the book's publishing date - even though it is, in fact, October 1st - it appears that I managed to publish the book in September after all.

For those of you who love romances with strong characters as well as a bit of mystery, my book is for you. You can find it in these amazon sites:  US, UK, DE, FR, IT,and ES. I hope you enjoy it. Here is a reminder of what the plot is about:

“Turn around, slowly,” she commanded in her most assertive voice.
“Why? Are you armed?” To Emily’s annoyance, the question was more amused than frightened, and asked with a nicely-cultured, rich tenor unlike any criminal should have.
“Yes, I am.”

It is a battle of wills between Emily Parr and Conor Peters from their first encounter. Emily’s job depends on Conor and she needs to convince him that she is worth employing, and Conor is not above finding out just how far she is willing to go. Little by little, their power game moves to a different level where she realises that obeying his every command is exhilarating.

Until her heart gets involved.

However, everything is not well in the firm. Someone has been embezzling funds and the evidence points to Emily. Conor needs to find the real perpetrator or see the woman who has become essential to his well-being go to jail.

And then the threatening notes begin to arrive. 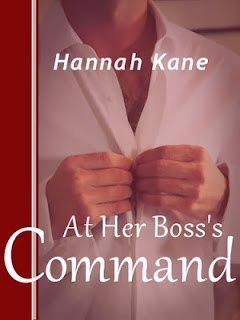