Is writing too easy?

“A writer is someone for whom writing is more difficult than it is for other people.”
Thomas Mann: Essays of Three Decades

Every writer instantly recognises the truth of the famous quote by Thomas Mann when they first hear it. They have sat staring at the screen, trying to come up with just the right word and exactly the right way of expressing what they want to say in order to be understood, admired, and remembered. Mann’s words therefore strike a chord.

Every writer also knows that all the effort they put into finding those words doesn’t translate to a decent income. 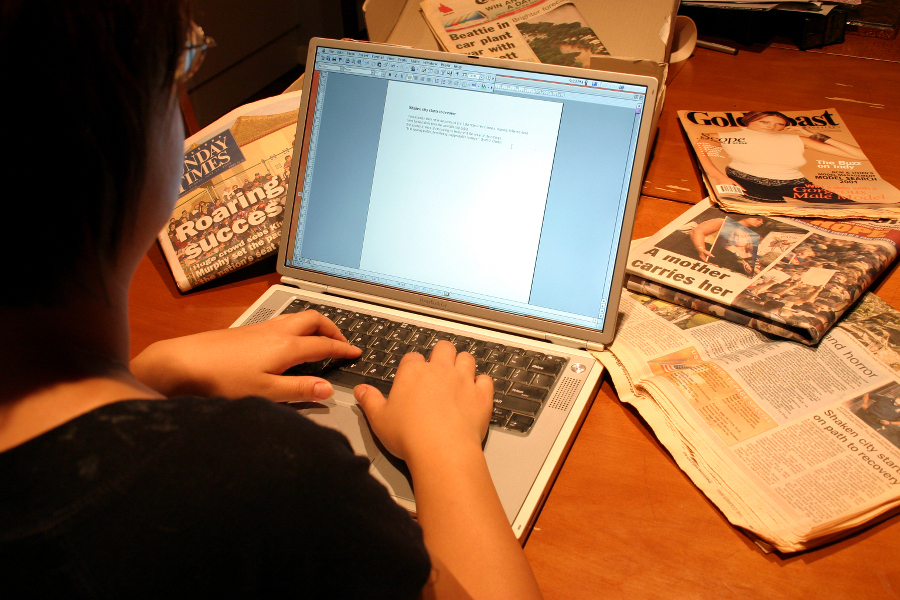 I have read dozens of blog posts and articles about how writing doesn’t pay. They are usually written by freelance journalists who have seen a once steady income dwindle to promises of exposure, or pots of jam. The most recent article I read was by Nick Lezard who notes in The New Statesman that a writer’s pay doesn’t even buy him heaps of baked beans – the budget label.

Lezard, like many others, sees the problem stemming from the surplus of writers. There is no shortage of people who think that they can work as writers, either because they are good at it or because they see it as a desirable option for a regular job. The employers have a veritable buffet to choose from, which means they know there is always someone willing to work for less. And there is.

But the surplus of authors has a common cause that might also contribute to the low pay. Writing is seen as an easy career choice. Anybody can do it. And since anybody can do it, it isn’t a very prestigious job and doesn’t, therefore, merit a proper pay.

No one asks surgeons to operate on exposure. We all know we couldn’t do their job. And everything that is beyond our skills is necessarily difficult, so people who have learned a skill we aren’t able to deserve a proper pay for their trouble. When our computers stop working, we lift our hands up and gratefully pay for the person who knows what they are doing. We might think that we can fix the plumbing and the car ourselves, but after the first expensive blunder we pay for a professional, if not happily, then at least knowing that they deserve every penny.

But anybody can write. We learn it the first thing at school, for heaven’s sake. It’s not that difficult. Why would we, then, pay well for someone for a task we can do ourselves? The same applies to other professions as well. We don’t see a nurse’s job as a particularly difficult one. We wouldn’t want to do it ourselves, but that doesn’t mean we would want to pay well for those who do.

Anybody can become a writer, and so many do. We all have a book we want to write. It’s not the lack of skills that stops us from writing it, we merely lack the time. Just because someone else has found the time to put their words down doesn’t mean he or she is better or more accomplished than us. They have merely managed to organise their time better. There’s no need to reward that. Is there?

Writing is too easy – at least for those who don’t actually write. And as long as that is the prevailing notion, the pay will remain low.