In anticipation of my next book

I promised last week that I would tell more about my next book. It’s the fourth in my urban fantasy/paranormal romance series The Two-Natured London. The first and third books were about shifters and the second about vampires. Now it’s vampires’ turn again. 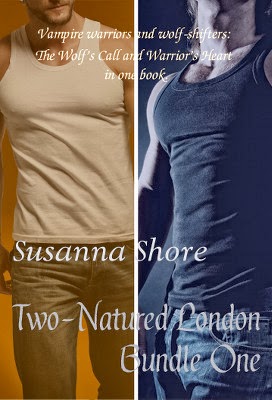 Like the second book, Warrior’s Heart, this fourth book concentrates on the Crimson Circle, the organisation of elite vampire warriors. Warrior’s Heart was about Jasper Grayson who found his match in Philippa Audley, a DI and a modern vampire. The next book is about Jeremy, Jasper’s younger brother by a couple of years and his constant companion for over three centuries. Now that Jasper has found someone to share his long life with, Jeremy is feeling lost. Until he meets Corynn Sparks.

Cora is a human woman. She should be perfectly safe from the Circle’s age old enemy, the renegade vampires, but she finds herself their target. So Jeremy sets out to protect her. And then everything goes wrong.

I’ve yet to decide on the name. At the moment, I’m calling it Her Warrior for the Eternity. Here’s the blurb:

A serial killer is on the loose in London and only the vampire warriors of the Crimson Circle know that renegade vampires are responsible. One night on a patrol, Jeremy Grayson saves a human woman from becoming the next victim. The chance meeting ignites his hunger, marking her as his mate. He needs to keep her safe, even if he can’t really explain to her why.

Even if he has to wipe her memory so she doesn’t remember him.

The only drama Corynn Sparks needs in her life is finding a job after she graduates from college. But then a vampire declares she is in mortal danger and puts her under his protection. He is a complication she doesn’t need. She can’t dream of a man who will live for centuries while she grows old and dies.

Only, she carries the vampire gene. She has to choose between her human life and the sunshine, and her second nature. If only she could trust him to spend the eternity with her.

And then the choice is taken from her.


If everything goes as I have planned, the fourth Two-Natured London book will come out in May. Until then, why don’t you look into the previous books in the series.
- March 24, 2014