It's time for celebration!

This month marks the first anniversary of my indie author career. I published my first book, The Wolf’s Call, on June 2012, plunging pretty much headfirst into all this. June is also the month I began writing this blog, my first steps into building a social media presence. So it’s time for a recap. 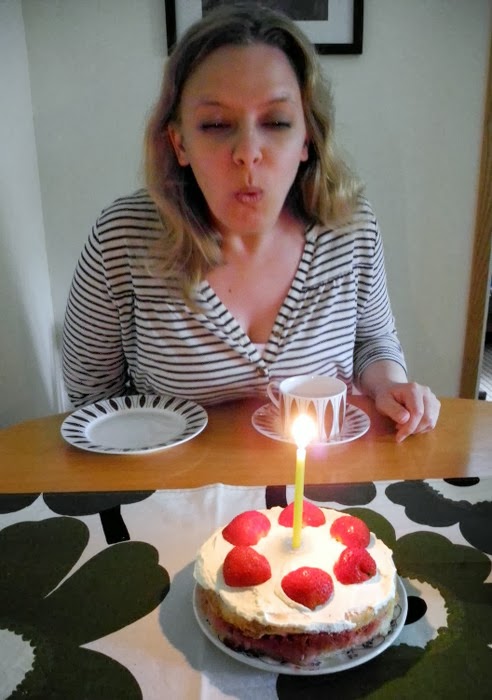 In numbers, my year has been something like this: I have published four books, two with each pen name; I’ve started two blogs, opened a Twitter account, created a Goodreads author profile, and established a presence on Google+; I’ve posted on various writers’ forums and joined a few communities. But numbers don’t really tell the whole truth about my year.

In a word, it’s been great!

I started things slowly. Most advice I read about building an author platform says that you should do it before you start publishing. Well, I didn’t. So, after I’d pressed publish button on Amazon KDP for the first time I had to start from the scratch. All I can say is that those who advise the other approach are probably right. It’s much easier to launch a book with an established following. They may not buy your book, but at least you’re not shouting into a void.

Knowing myself rather well, I had the sense of not reaching everywhere at once. I noticed that many beginners rushed to all social media platforms to make sure they’re noticed, only to exhaust themselves in the process without making the most of any of them. I had my webpage – the only thing I had created before I began publishing – and this blog. Neither are very interactive platforms, but I wanted to start slowly. I didn’t have delusions of striking it big with my first book so no need to overwhelm myself. Luckily the book sold well enough without my input, giving me a sense that I wasn’t a total failure.

In fact, the book made enough in the first couple of months for me to have it edited. I know; another piece of advice I didn’t follow. And I should have. There were almost a thousand unedited copies of The Wolf’s Call out there by then – and the reviews reflect that. I found myself a great editor, Lee Burton, and had him work his magic with it. Ironically, the book hasn’t reached similar sales after it was edited than it had before. But that’s not Lee’s fault. For some reason, the sales of indie books began to dwindle towards the fall, at least according to the upset posts on KDP Forums.

I published my second book, At Her Boss’s Command, in October. I had a good sense to have it edited first, but it never took off as well as the first book had. I blamed the cover so I changed it a couple of times before settling with the current one. Around the same time, I created a Goodreads profile, judging that I finally had energy for it. But I’ve never quite got the hang of it so I don’t use all its potential, I’m afraid.

Instead, I use – overuse? – my Twitter account I opened then too. I decided from the start, having observed authors on Twitter for some time, that I wouldn’t use it as a one-way info-dump about my books. Nobody reads those tweets. In fact, most tweets will go unnoticed, so if I want people to react to what I say, I have to have something to say. I also have to react to other people’s tweets. But it’s paid off. In eight months, I’ve made acquaintance with some interesting people with whom I enjoy exchanging tweets more or less regularly. Twitter is definitely best enjoyed socially.

Right before Christmas, I released my third book, Which way to love? but it has never been very popular. I tried with it at first, but gave up and concentrated on writing the fourth book instead, the second Two-Natured London novel Warrior’s Heart. It took me longer to write than I anticipated so it came out only in March. It has found some readers so I’m happy with it. However, my first book still outsells it 2:1. I don’t know why.

Around the time I published Warrior’s Heart, I opened a Google+ account and instantly joined a couple of communities there; groups for writers mostly. I’ve been very happy with G+ once I got the hang of it. It’s like Twitter in the sense that you can interact with strangers there, but with more space to do it and longer time to react to posts. I’ve met some truly interesting people there that are extremely helpful, willing to share the knowledge on how to make the most of the social media. The key, surprisingly enough, is to be sociable. Share and be shared in return. Comment and your posts will be commented on. Be friendly and people treat you friendly back.

And now we’re in June. I’ve begun writing the third Two-Natured London book, but it won’t be ready until September the earliest. But that’s not important right now. The important thing is that my year as an indie author and self-publisher has been a positive experience. I may not be a best-seller or even on my way to become one, but I’m happy with my books, and happy with all the new skills I’ve learned along the way. And above all, I’m happy with the people I’ve met during my year and the friends I’ve made.

There isn’t much room to give advice here, but this much I will say: make your writer platform about social contacts and interaction with actual human beings, not about forcefully selling your books in any and every opportunity. I have no way of knowing if I would have sold more books if I’d marketed them more aggressively. But I’m absolutely positive I wouldn’t have made the contacts I’ve made if my message had only been that of a marketer.

With this post, I’ll retire to summer holidays. The next post will appear some time in late July, but I'll try to show up on Twitter and G+ so look me there. Happy summer, everyone!
- June 21, 2013