Last weekend, I put Warrior’s Heart on sale. I had contemplated the move for a while, just to see how it goes. The book turned one month at the end of last week, which seemed like a good time to try it. I didn’t want to make the book free, because I have some issues with free books. Mostly, I believe that people who download them don’t really read them – I know I haven’t read all the free books I have, and I don’t actually download them very often. In turn, when they don’t read the books they won’t review them either. So I set the price at $0.99, the lowest Amazon allows, with the hopes that people who spend even that small amount will actually read the book, and hopefully review it as well. 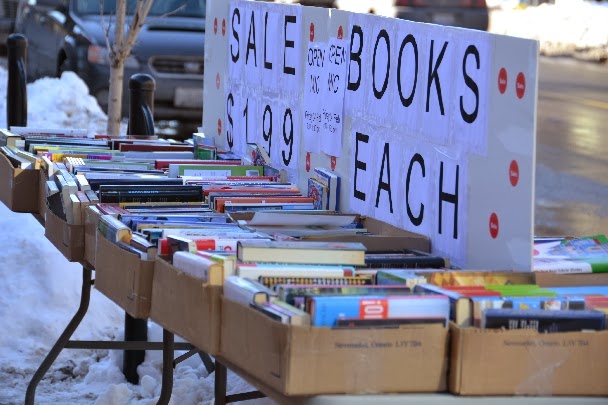 The experiment wasn’t a resounding success. The book moved a bit more than it otherwise would have, but not by much. One reason for it was that I started my sale slightly too late. New books are listed separately for the first month of their publication on Amazon, but it’s probably four full weeks instead of thirty days. Warrior’s Heart had left that list already when the sale began so it didn’t get the extra visibility. Also, I didn’t advertise all that much; I mentioned the sale a couple of times a day on Twitter and once on Google+. I think that I should have listed the sale on one or all of the websites that specialise in advertising books. Link to one was shared in Writer’s Discussion Group on Google+ today – too late for me.

Despite the lack of excitement that my sale was met with, I’ve decided to continue with the experiment. This time, I've priced At Her Boss’s Command at $0.99/£0.77. I may try the site above to advertise the sale; otherwise I’ll just mention it here. In addition, I’ve lowered the prices of the rest of my books too; they’re now all $1.99, for the time being.

This experiment is about low prices. I’ve read arguments for the opposite too; that readers would appreciate books with a higher price tag better. After I’m done with this experiment, I may give that one a go too.