It’s time to look back at what I’ve accomplished this year. I feel like I’ve been constantly occupied with something or the other so, in that respect, a busy year. I didn't finish everything I busied myself with, however, so I don’t necessarily have that much to show for it. But I have something.

I published two books this year, both in my Two-Natured London series, Warrior’s Heart in March and A Wolf of Her Own in December. I had planned to publish three books, but it took me longer than I expected to finish the latter book. Sales have been slower than the previous year and I’m not entirely sure why. They have been steady, however, and my books have got some nice reviews too, encouraging me to continue.

I ran a free period for the first time for The Wolf’s Call last weekend, during which it was downloaded for almost 2500 times across the marketplaces. I don’t have anything to compare that figure with, but I’m happy with it, especially since I didn’t really advertise the free period. At the same time, Warrior’s Heart was on sale and that went nicely too. Hopefully I gained new readers who want to continue with the series.

I’ve written 43 posts on this blog – this one is 44th – and 33 posts on my reading blog I began in March. Both have had a steady, although not terribly massive, audience. I haven’t calculated how many posts I’ve written on Google+, but since most of them have been re-shares of cat pictures, that’s not terribly important. The same goes for my tweets that are far too numerous.

The best part of my year by far has been the social media. My accounts on Twitter and on Google+ have gained many new followers, a delightful number of which have engaged in both silly and serious conversations throughout the year. In general, independent authors are wonderfully encouraging to one another, making it a pleasure to check in on my accounts every morning.

I have learned enormously this year about writing and publishing. Some of it I’ve already tried in practice, some I’m yet to test out. Nothing goes to waste though. I’m sure I’ll be able to put most of it to use eventually.

I’m not good at making promises for the New Year – or I can make them, I just won’t keep them. But plans are another thing entirely. I intend to publish at least two books, hopefully three. I’ll continue to write this blog and my reading blog too, and I try to send at least three newsletters to my subscribers. On top of that, I’ll continue to spend far too much time on Twitter, so if you need me, come look for me there.

Thank you for this year and I hope we’ll meet the next year too. I wish you all a very happy New Year 2014! 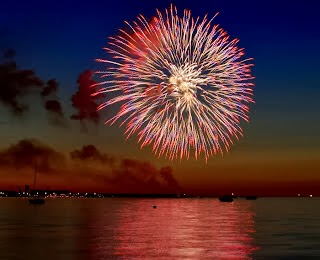