The midsummer weekend is a time of great celebration in my country. We are far enough in the north for there to be light almost through the night, even if the sun does set at some point, and it drives everyone to a near frenzy. Half of the population travels to the seaside, lakeside or poolside to take part in heavy duty partying through a long weekend. At the end of it, they take a toll of those who have drowned and everybody promises to behave better the next time.

My weekend was wonderful though. The whole family gathered at my parents’ summer place – by river – and since the weather favoured outdoors activities, we managed to spend a summery weekend resting and relaxing. Nevertheless, just in case I would feel inspired, I had packed quite a lot of work-related stuff with me, but in the end the midsummer night’s dream got to me and I ended up reading the work of others. Namely, Jim Butcher’s Codex Alera.

I discovered Jim Butcher only recently and was instantly so taken with his Dresden files that I read all of them back to back during the spring. It was a very inspiring experience, but daunting as well. It is wonderful to read an innovative and imaginative series that manages to maintain its level of excellence a book after a book, but at the same time it is upsetting to realise that I will never achieve the same. Inspiration won in the end and so, having devoured Harry Dresden, I moved on to Butcher’s other series, although with trepidation. Could it be as good?

As could be expected with an epic fantasy like Codex Alera , it took me a while to warm up to the characters – unlike with Harry. But once I did, there was nothing better for whiling away slow summer days by river, or on it, than good fantasy Jim Butcher style. Now I feel inspired and ready to tackle my own writing, no matter how imperfect it may be. 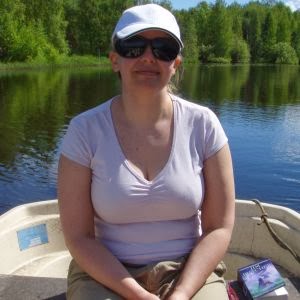