The art of appropriate ending

I’m a bit late to the party, but I watched La La Land (2016) the other day for the first time. Lovely movie, though I wasn’t quite as taken with it as I expected to be based on the praise the movie got when it was in cinemas. Perhaps it’s one of those films that should be viewed on a big screen to get the full scope of the colours and scenery. If you haven’t seen the film, major spoilers coming up, so be warned. 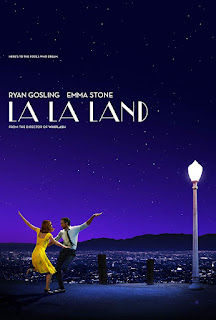 La La Land is marketed as a romantic movie, and that’s what it very much is. It’s a love-story between two characters and a love-story with Hollywood. A poor jazz pianist meets a poor café worker. Both have dreams. They fall in love and try to support one another to reach those dreams. At the end of the movie, both have what they wanted: he owns a jazz club; she’s a famous movie star. A happily ever after, the trade mark of a romance. But here’s the twist: they don’t achieve their dreams together. Love doesn’t conquer all in the end.

Genre fiction is often scorned for its formulaic nature. A book that follows pre-set rules cannot possibly be good. And, obviously, that can be true too, but not necessarily because of the formula, but because of the poor execution of it. There’s a lot of room for good storytelling even within a formula; it’s up to the author to make the most of it.

But there is one part in genre fiction that doesn’t offer much room for soloing: the ending. When we pick up a certain type of book, or set out to watch a genre movie, we expect the ending to be according to the formula. In crime fiction, the crime is solved in the end. In romantic fiction, the couple gets each other and lives happily ever after. When the ending doesn’t follow the silent agreement, the work belongs to a different category. For example, books labelled as ‘women’s fiction’ often have a romance at their core that then doesn’t end with happily ever after. And the readers know this, too, and expect the outcome.

For readers/viewers to appreciate the known ending, the road there shouldn’t be easy. In crime fiction, there are all sorts of false leads and criminals cleverer than the detective, forcing the latter to truly work for the desired ending. In romantic fiction, the circumstances often oppose the couple. Shady or tragic past that makes love difficult for one or both parties, or one or both parties of the romance have goals in life that they consider more important than love. During the course of the book they then realise these goals aren’t as important as their life together. It’s the author’s job to make the transition seem believable. Modern readers are especially concerned that it isn’t the woman who always gives up her dreams for love and marriage. (If you read old Mills&Boon/Harlequin romances, the handling is quite different in them.)

La La Land breaks this silent agreement of a pre-set ending. Mia and Sebastian make a lovely couple, they have achievable dreams, and they should be able to have it all, love and their dreams. The viewer absolutely wants them to have everything. But just as things begin to align their way, they break up. The next time we meet them, five years later, they have what they have dreamed of: Sebastian his successful jazz club, Mia her career—and a husband, who isn’t Sebastian, and a child. So, no happily ever after for them?

The disappointment I felt for the ending would suggest that the movie failed in its pact with the viewer: a romantic movie ends with happily ever after. But there are two romances in the movie. The other is the love-story with Hollywood, and its promise of and lure with success. Both Sebastian and Mia have entered this love story separately, and though their lives briefly meet, the original love is stronger. And it’s this love story that ends happily: through difficulties they both find the fulfilment they were looking for. They wish they could’ve done it together, but in the end it wasn’t possible, and they seem happy with the way things turned out. As a viewer, I might have hoped they would’ve had happy ending in both love stories; as a writer I try my best to make it possible for my characters. But I don’t feel cheated. The ending was as it should be.

“Here’s to fools who dream.”