I have currently two series that I write, Two-Natured London paranormal romance series and Tracy Hayes, P.I. detective series. The first has six books (or five and a half) and the latter has three books published – or will be by February 23rd. I like writing both, and while they’re not exactly best-sellers, both deserve my attention. But I’m only able to write one book at a time – I’ve tried to multitask and it didn’t work – so now that I’m about to start my next writing project, I’m caught up with a dilemma: which series should I dedicate my attention to next? 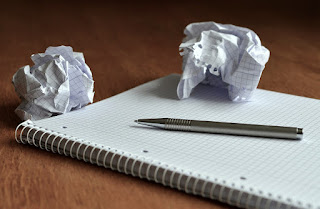 From purely a calendar point of view, I should write a Two-Natured London book next. The previous one was published a year ago, so it’s long overdue. The series currently has some uplift too, as Amazon finally made the first book free, so it would make sense to have a new book in the pipeline.

The problem is that I don’t have a clear idea what I want to write. I have four heroes to choose from that all deserve my attention, but I haven’t found their perfect matches yet. And the background story of the vampire warriors’ war against renegades has to up the ante, which means the next book might be longer than others, and might need a more traditional fantasy structure of multiple points of view instead of just those of two lovers. So it needs extra planning, which will slow me down, and doesn’t really suit my pantser temperament.

So maybe I should write the next Tracy Hayes book. I wrote the first three books back to back before publishing them. This had the benefit of keeping the characters fresh in my mind, and I had the chance to rewrite the first book to fit the developments in the third book, so there were no annoying inconsistencies between the books. Returning to that world while I still remember it well would make sense. I might even write the next three books back to back and publish them later. I have a clear idea where the overall story should go, which would make the project easier.

But I seem to be suffering from minor fatigue when it comes to that series. I’ve written the first chapter of the next book, and while I think it’s a fairly good chapter, I have no interest in continuing it. It could be the after effects of the flu I had last month, which drained me of all energy for weeks, but in case it’s not, should I trust my feelings and leave the book be for now?

So here I am, caught between two series, unable to write either of them. I could toss a coin and just soldier on, forcing the words out, trusting that they’ll come sooner or later. Or I could start writing both and pick the one that starts to flow naturally. The third option, not writing anything, isn’t really an option. I’m a writer, after all.

Until then, I have two series out there for you to read. And rest assured, they will both continue, sooner or later.

The first two Tracy Hayes books are now out. You can get Apprentice P.I. here, and P.I. and Proud here. And the third book, P.I. to the Rescue is available for preorder here. And as always, you can find links to all my books on the side panel and on my webpage.
- February 15, 2017