When new (or experienced) authors look for advice on how to make social media work for them, they find two conflicting opinions: You need to have a solid social media presence in order to sell books, but also that social media doesn’t sell books. Both are true. The gist of all the advice is this:

You need to be social on social media in order for it to work for you.

It’s not always easy to engage people on various platforms, but some are easier than others. People often comment on blog posts or posts on Facebook, but those seldom lead to conversations that build the kinds of social relationships that would advance the author’s sales. This is mainly because the person commenting is a ’visitor’ on the author’s space; they are not ’equal’ there. Also, people having the conversation are seldom present at the same time. Moreover, it’s difficult to engage more people in one conversation, so they die quickly. 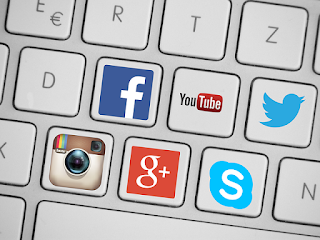 So far, Twitter has been good at making social media social. The immediacy of Twitter, the feed that moves so fast it basically disappears as soon as you’ve seen it, has taught the users to seize the opportunity to answer or comment on tweets immediately. No one is a ’visitor’ on someone else’s space, people having the conversation are present at the same time, and more than one person can take part in it. It makes the conversations feel more genuine.

Once you’ve gone through the trouble of building a presence on one or more platforms, the platform may start working against you. The heavy users of Facebook are aware that not all posts are visible for all followers, or that they don’t see all the posts from the people they find interesting. You can pay for your posts to show up, but there’s no guarantee it’ll work. So far, that hasn’t been the case on Twitter. But it may be about to change.

Twitter has proposed to start offering the users a selection of tweets based on algorithms. We don’t know yet how Twitter will prioritise the tweets, but most likely it will be based on the users' own behaviour, or that of the more popular accounts. Therefore, the tweets you click on are those that you will see more of in the future. And vice versa. Your followers will only see tweets based on their behaviour. If they’ve never reacted to your tweets, nothing can guarantee that yours will be among the tweets they see in the future.

If your presence on Twitter has been an endless stream of links to your books no one has reacted to, it may be that in the future less and less people will see them. That makes it even more important to engage the social aspect of Twitter. If the algorithm prioritises tweets from accounts you engage with, you will have to start engaging more in order to be seen in the future.

Perversely, Twitter changed the conversation experience for the worse at the same time – at least for some users. On Tweetdeck everything still works the way it always has. Tweetdeck is perfect for engaging with people too, as you can see all your favourite accounts in columns. I’ve written about the usefulness of Tweetdeck here. And it could be that the algorithm, if it’s implemented, won’t affect the lists you’ve compiled, which makes Tweetdeck even more important. 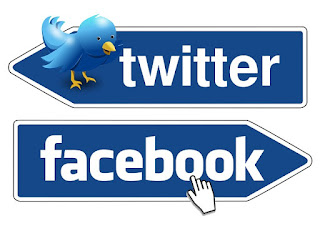 Users are declaring the death of Twitter and offering alternatives. Facebook remains popular, and Google+ offers the same experience, even though many find it strange and difficult to use. But, as Anne R. Allen notes on her blog post about the importance of Google+ for authors, it’s “utterly useless for networking”. So far there isn’t an alternative for Twitter that offers the same immediacy and the sense of being in the same place at the same time. And if that disappears from Twitter too, it’ll be that much more difficult for authors to make social media work for them. So here’s hoping that won’t happen.