End to an experiment

A while back, I published To Catch a Billionaire Dragon, a short contemporary romance. As I blogged at the time, I wrote and published it in three parts, each with its own story arc and cliff-hangers at the ends of parts one and two. I set the first book free – on all retailers other than Amazon, which refused to make it permafree.

Because the book in three parts doesn’t move as much as it used to, some changes are required. So I’ve published it as a complete set, all three parts together. It’s only available on Amazon for now, and the separate parts are still on sale too. I will unpublish the separate parts later, so that the readers won’t be confused by them. Currently, the book is only $0.99/£0.99, so if you like quick romantic reads, this is a chance for you. And the first part is still available on my website for free too. Take a look!

Store links: Amazon US and Amazon UK, and on all other Amazon stores too. 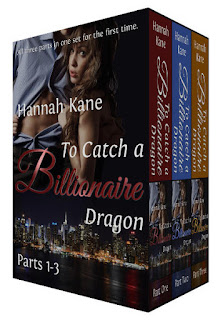